Tired of staying at home?

Taikokoro is hosting two Zoom workshops by the energetic Japanese Taiko professional, Shunichi Kamiya, that will help you prepare yourself and build strength to play taiko again.

From core muscle training, to lengthy air bachi exercises, he will share with you what he has been practicing at home to build endurance for playing taiko.

Shun is loved by the Australian taiko community having shared his passion for taiko and his energy for teaching in 2019.

The workshops will be conducted in Japanese with English translation by ZOOM.

After each session, there will also be an opportunity to chat with Shun for Q&A, as well as meet other participants.  These Workshop are interpreted by Yui

All sessions are one hour in duration + Q&A starting at:

Please enter 10 mins before the session starts every time.

What do I need?

Per session, per person

Not a member, and want to be?  View the benefits and sign up here 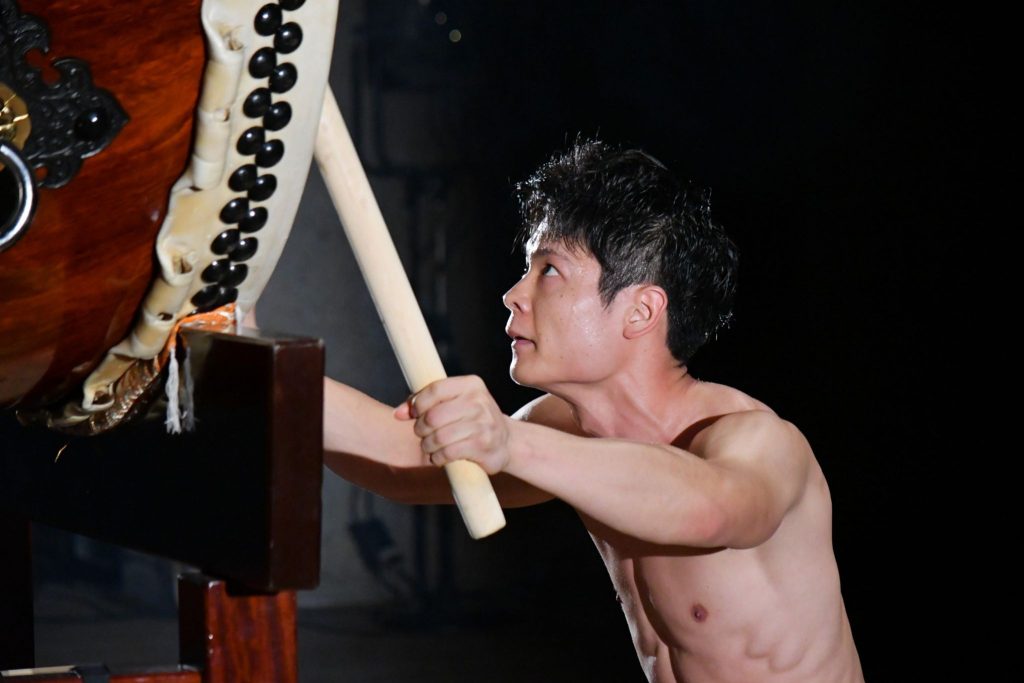 He now resides back in his home town in Aichi prefecture, specializing in the musical expression with taiko, shinobue (bamboo flute) and traditional folk dances, as well as directing stage performances, composing pieces, and holding workshops in various locations.

Shunichiro is also active in collaborating and networking with different artists, regardless of the genre, and has also been on long-run tours in different countries, counting over 500 theatre performances worldwide.

In 2017, he has founded ‘Matoi no Kai’, a gathering of Japanese culture enthusiasts from the same generation, who not only performs together, but values the exchange of ideas and networking within one another.

Taiko people in Melbourne and Cairns met Shun when he was in Australia in 2019.  He joined Australia Miyake Kai in a performance at the 2019 Japanese Summer Festival  at Federation Square in Melbourne.