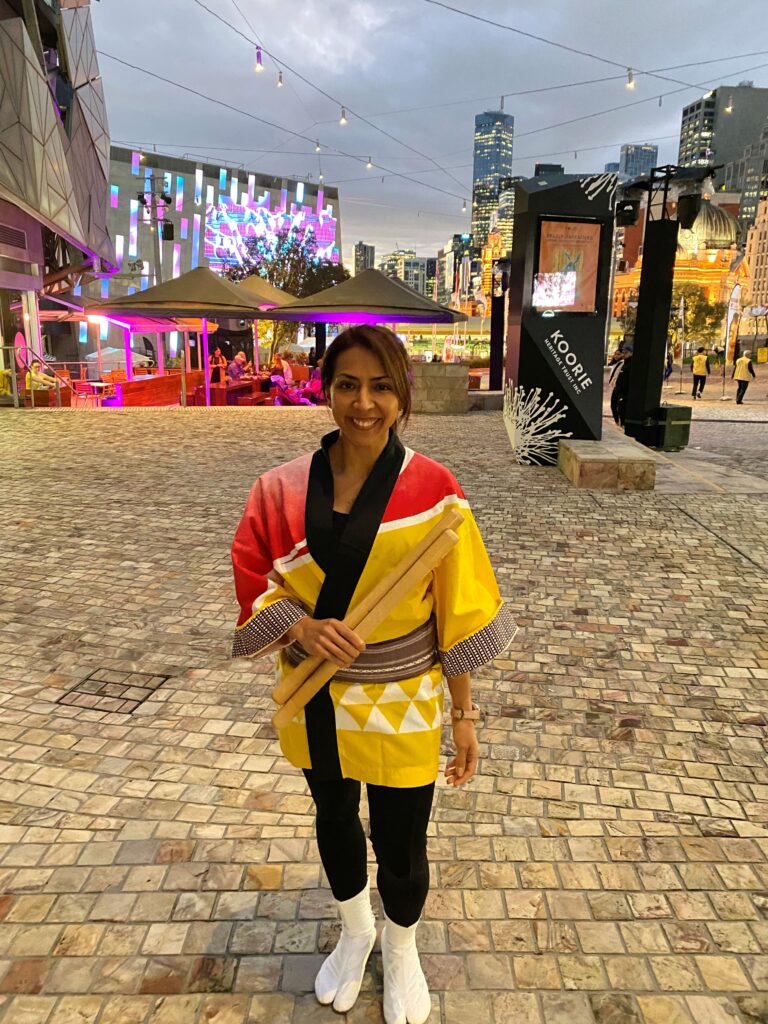 My name is Jasmin.

I’m a Software Developer and I build and maintain customer communication applications for a company based in Perth, so I work remotely from home.

I discovered taiko about six years ago while I was still living in Perth. I attended a summer Japanese Festival and watched an amazing ‘Taiko On’ performance. I instantly fell in love with the beauty and energy that emanates from the Japanese drums. I never knew you could actually play songs with just drums!

Later that year, I moved to Melbourne and guess what was the first thing I looked for? Taiko classes! I joined Rindo classes and about a year later, I decided to join Australia Miyake Kai after seeing them perform several times in some festivals around Melbourne. I was a little hesitant to try it at first because Miyake style seemed difficult to play and physically demanding but the powerful pose of the performers and the strong drumbeat motivated me to learn how to look and play like them.

I was lucky enough to have joined AMK just before one of the Tsumura family workshops so I basically learnt the basics from the senseis themselves. The following year, I traveled to Japan and was very fortunate to be invited to play along with ‘Miyake-Jima Geino Doushi-Kai’ at the Otoro festival in Iruma. We played Miyake from midday to sunset while walking the streets of Iruma town, this is so far the most amazing and rewarding experience taiko-wise I’ve ever had.

I became a Taikokoro member when it was established in 2019 and have been practising not only Miyake, but also Wachi and Hachijo daiko and have learnt a lot from different teachers in the diverse taiko workshops organised by Taikokoro. I’m looking forward to continuing practising and improving my taiko drumming with Taikokoro!