Taikokoro Inc is a Melbourne based not for profit organisation that seeks to promote cultural understanding and mutual respect between Japan and Australia through music and the arts.  Taikokoro is an amalgam of two Japanese words, “taiko”, Japanese for drum and “kokoro”, Japanese for heart.

Taikokoro was incorporated in 2019 and is the love child of, now President, Ayako Tsunazawa.  For over 10 years now, Ayako has been sharing her love of taiko through practice groups in Melbourne and encouraging guest artists to visit Australia to share their techniques and passions. Ayako has played taiko since 1996, forming the women’s taiko group “Walakado” in Japan in 1999 and A.YA in Melbourne in 2013, with long term musical collaborator Ayako Fujii. She also studied Brazilian Samba percussion under Ryo Watanabe. She has studied the most famous traditional taiko style “Miyake Taiko” under Mr Tsumura who also taught his style to KODO. Since 2012 she has organized “Australia Miyake Kai”, recognized by Miyake Jima Geino Doshi Kai,for Miyake Enthusiasts in Australia. 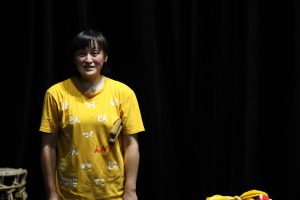 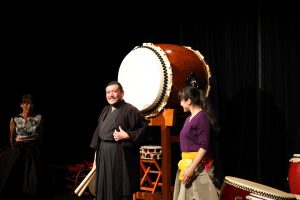 Taikokoro runs off the dedication of volunteer staff and funds raised through memberships, practices and workshops.   Taikokoro has members from Victoria, NSW, Queensland, Tasmania, New Zealand and Japan.