Becoming One with Katsugi Okedo 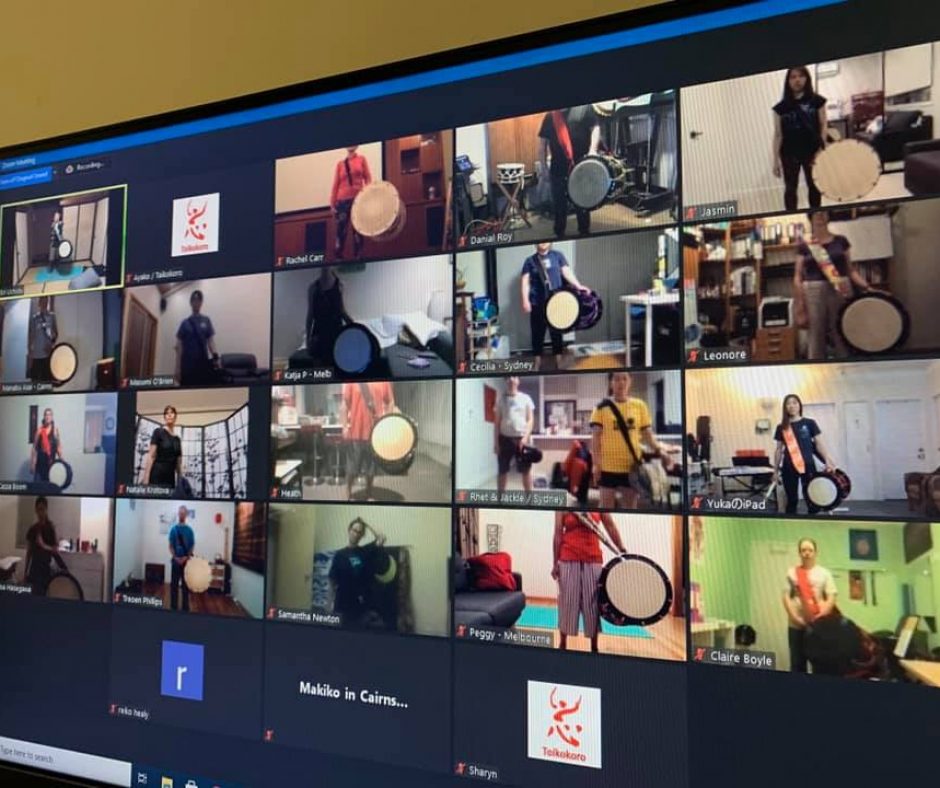 What an awesome evening with Eri Uchida!

Unlike many other taiko styles, Katsugi Okedo allows for true connection between the player and taiko. The purpose of this workshop was to explore this unique connection and establish effective fundamentals through body awareness.  It focussed on body awareness in order to feel one with Okedo and covered items such as mindfulness practice, finding a good position and moving with the okedo. 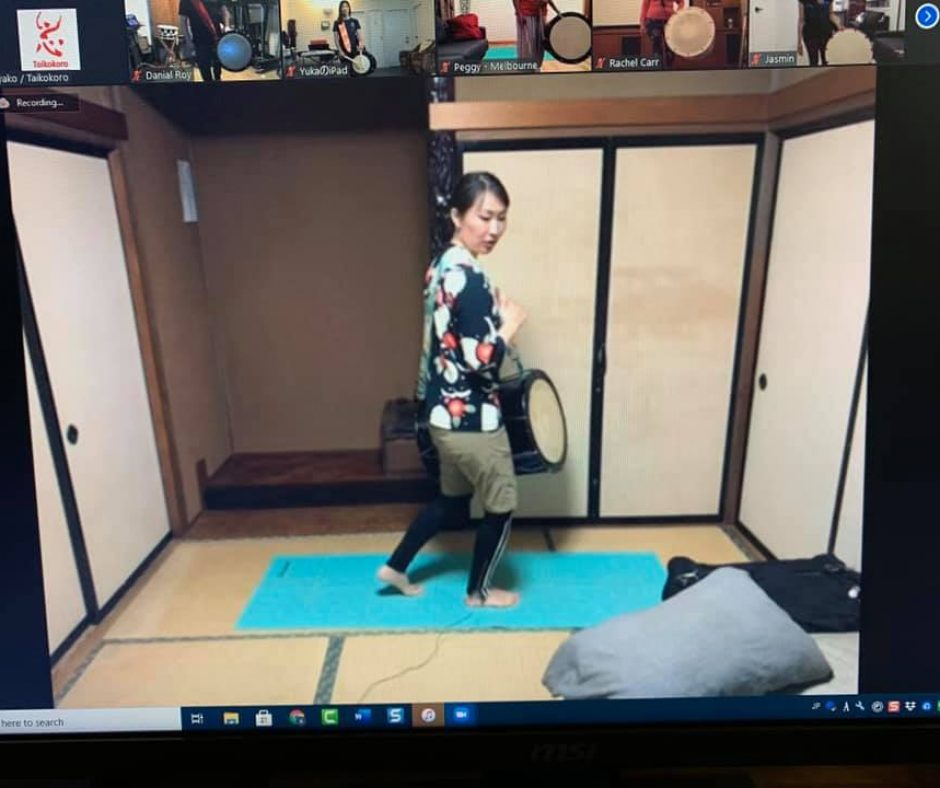 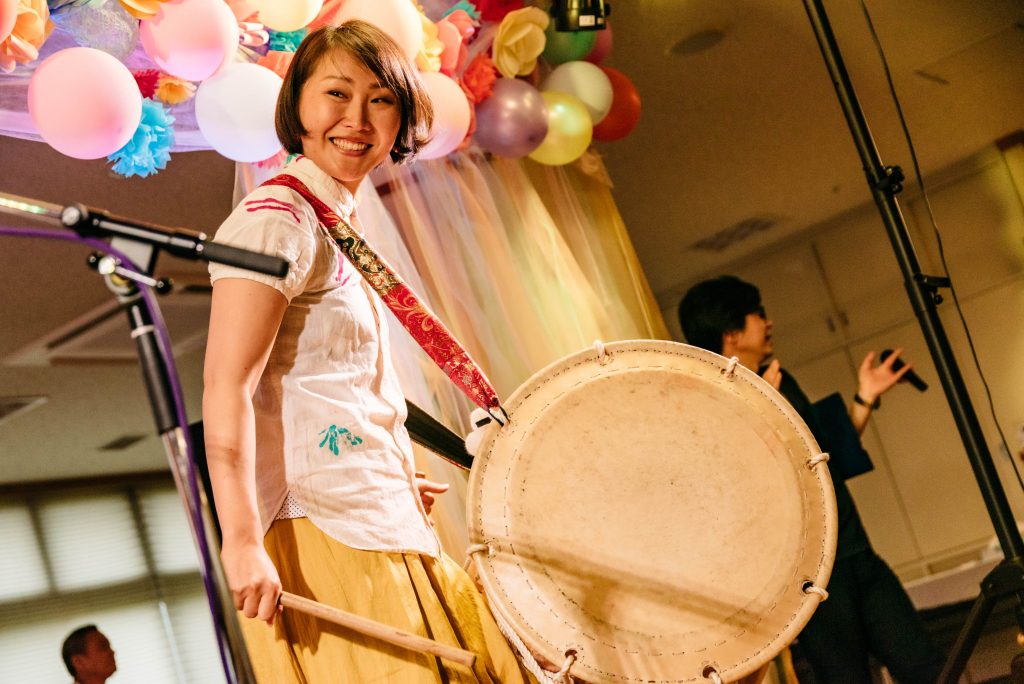 Originally from Aichi Prefecture, Japan, Eri Uchida was deeply touched by her local taiko community where she grew up – so much so that while studying abroad in Canada during high school, she founded her own taiko group. To further her studies, Eri moved to Sado Island to join the KODO Apprenticeship Program in 2007 and became a performing member for KODO in 2009. Since then, she has traveled all over the world performing with the troupe, directing school presentations, as well as teaching workshops. Eri also produced KODO’s first overseas interactive concert. In addition, Eri oversaw the day-to-day workings of the KODO Apprenticeship Program, helping to train and welcome new KODO member prospects.

In 2018, she organized “Roots of KODO,” a program where taiko players from outside of Japan got to fully immerse and experience the KODO apprenticeship conditions on a deeper level and experience the community and the rich culture of Sado Island.  She left KODO in May 2019 in pursuit of sharing the skills and philosophies she had gained through taiko with hopes of expanding the limitless possibilities of taiko and its community. After sharing ideas about her taiko philosophy and approaches to workshops with Sydney Shiroyama, they created the concept of TaikoIN’. (https://www.taiko-in.com/). Through TaikoIN’, Eri plans to share the skills and philosophies she has learned from her taiko career with hopes of expanding the possibilities of taiko and its community.
Facebook: https://www.facebook.com/euchida/
TaikoIN’ website: https://www.taiko-in.com/
TaikoIN’stagram: https://www.instagram.com/taikoin/
What’s TaikoIN’?: https://www.taiko-in.com/blog