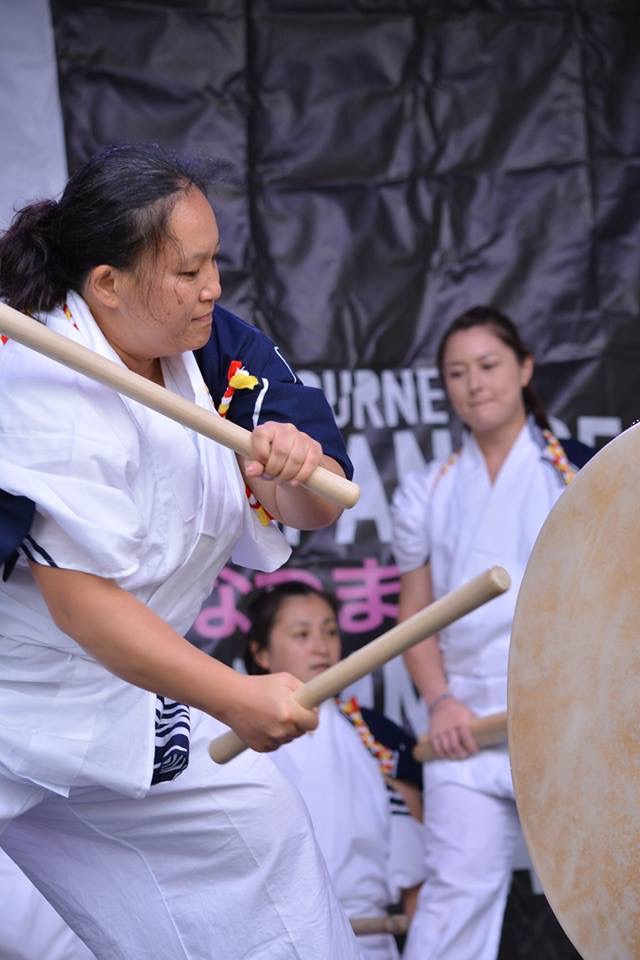 My name is Irene.

In real life I do IT support – not exactly THE most creative outlet in the world.  I also happen to be one of the committee members of Taikokoro, currently holding the position of Vice President.  Although a rather important sounding title, it’s not as terrifying as it sounds – I do a bit of everything, stepping when needed, including managing the website, doing a bit of social media and organising performances.

Growing up, the sum total of my music experience was the recorder, some keyboard lessons and a whole lot of karaoke. Then in 2008 I went on a holiday with a friend to Morocco. We spent a night under the stars in the Sahara with some nomads, who proceeded to pull out some drums and other musical instruments and played for us. It was captivating and I was hooked.

When I got back to Melbourne, I signed up for my first djembe class. About a year and a half later, I also started learning the duns.

In 2010, while I was madly running around absorbing all things drum related, I went to see a phenomenal taiko (Japanese drumming) concert, and decided that I needed to try that as well – so I found Toshi and Rindo.

After a trip to a Tsumura sensei Miyake workshop in Sydney, I became one of the initial members of Australia Miyake Kai.

10+ years later and I have stopped African drumming and gone 100% taiko!

I very much enjoy the community aspect of drumming and the people I drum with have become almost a second family – you can see my Tuesday class family in the photos indulging my love of costumes, dressed as koalas!

I enjoy sharing the music with the general public as well, and love playing community gigs ranging from fetes to festivals – anywhere that people can really get involved and enjoy the drumming.

The best memory I have of playing Miyake is getting the chance to play at Chris’s wedding, and then attempting to play the shinobue for Wachi taiko after beer – not so successful!

Hopefully the future will bring more of the same drumming opportunities that I’ve been so lucky to be a part of!